This intensive workshop is for actors who want to book their auditions!

This course will introduce you to the self-tape audition process from commercial auditions to actor & principal role auditions. Modern film & television scripts, improv and on-camera practice will develop skills an actor needs for this very specific kind of work. You will gain more confidence and skills that will take your audition to the next level: booking it! 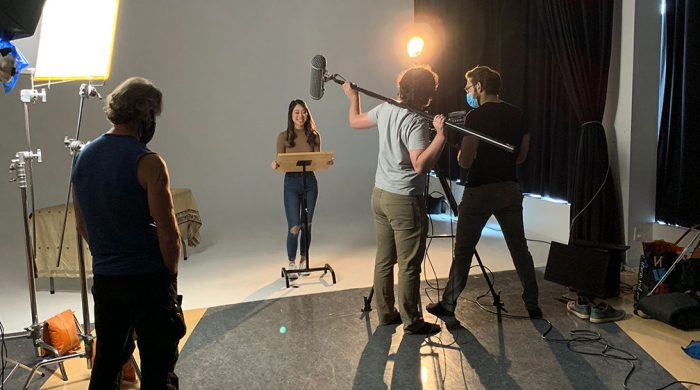 Professional highlights include: Head-lining in the Cult feature, “APEX” that received a U.S. nation-wide release from Republic Pictures and a complimentary review in Variety. During this time he Stared in Kellogg’s famous Crunchy Nut Commercial “Canyon” that ran for over 5 years World Wide. These 2 roles were the answer to a Hard Rock Cafe ‘London’ napkin trivia question. He’s appeared in over 50 National commercials and was the face or voice of many corporations.

Starring in the short film, “The Beast” with Roscoe Lee Browne & Martha – the ‘chimp’ from the Clint Eastwood Movies. Mimi Rogers played Martha’s voice. The short film was nominated as one of the five finalists in the Main Draw at the Cannes Film Festival.

In ‘I Got the Hook Up’ with Master P & Joe Estevez. That Miramax picked up for a U.S. theatre release.

And in the German Feature, ‘Marlene’ – where he played Travis Benton her flamboyant costume designer.

Please note that letters of acceptance are not issued for part-time courses, that the course may be cancelled if student enrolment is low, and that we advise any international students signing up for part-time courses to only do so if they are currently residing in Vancouver or if this course is not their sole purpose for visiting.