28 Alumni from VanArts bring BLACK PANTHER to the Screen 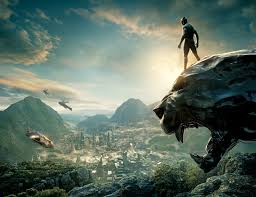 Marvel’s highly-anticipated Black Panther is finally on movie screens, and VanArts is proud to give a shout-out to at least 28 of our graduates in Animation & Visual Effects who worked on it! The film is generating rave reviews and tons of media buzz worldwide, with many toting the film as a cultural phenomenon.

Update: According to Box Office Mojo, Black Panther had the 5th largest opening weekend of all time (and biggest ever winter opening), already over $200 million domestically (US & Canada) and over $400 million worldwide.

Congratulations to the following grads who are part of the action. Watch their names crawl up in the credits, and click their names to check out the other films they’ve added their talents to.

Congratulations everyone! See you in the movies!

Contact us today to learn more about our programs, set up a free class audit, or start your application!