Our congratulations go out to VanArts graduate Rohan Oka on being profiled by the Times of India!  Rohan graduated from our Game Art & Design program in 2009 and has since been working for Dreamworks Animation, currently at their studio in Bangalore, India.

In the article, My Choice: Dream Catcher, Rohan talks about his childhood dream of working in the game development industry and his journey to VanArts.  “I used to be an active member on a lot of computer graphics forums and quite a few artists had mentioned that they were VanArts graduates.  At VanArts, I majored in character design/character modelling and texturing, part of the game art and design course.”

It’s great to see Rohan putting the skills he learnt at VanArts into practice on such films as Puss in Boots, Madagascar 3: Europe’s Most Wanted and How to Train Your Dragon 2.

Once again, our congratulations go out to you Rohan, this is a great accomplishment! 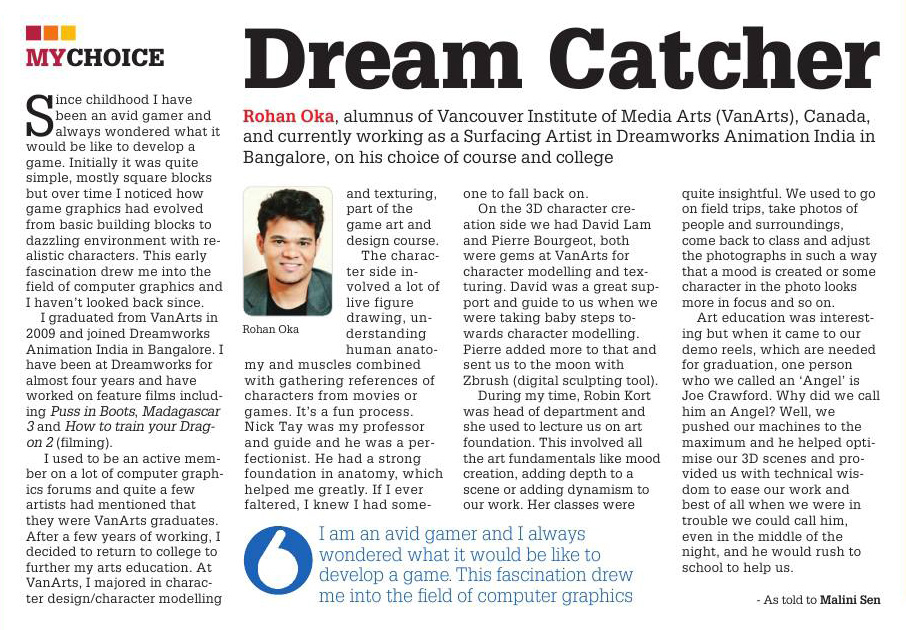