On September 26-27 2014 in Vancouver, VanArts hosted our Story & Animation Masterclass with Matthew Luhn & Andrew Gordon of Pixar Animation Studios. This was the fourth time hosting this class in our own city, after previous events in 2008, 2010 and 2012. Also joining us this year was special guest speaker Peter Nash, animation supervisor at Sony Pictures Imageworks, who talked about conceptual animation in both Cloudy with a Chance of Meatballs films.

The two full days of instruction in the Fletcher Challenge Theatre at SFU's Harbour Centre Campus were followed by a social mixer and reception for our guests at the VanArts studio space. Thanks to all who participated to make this a fun, successful event! 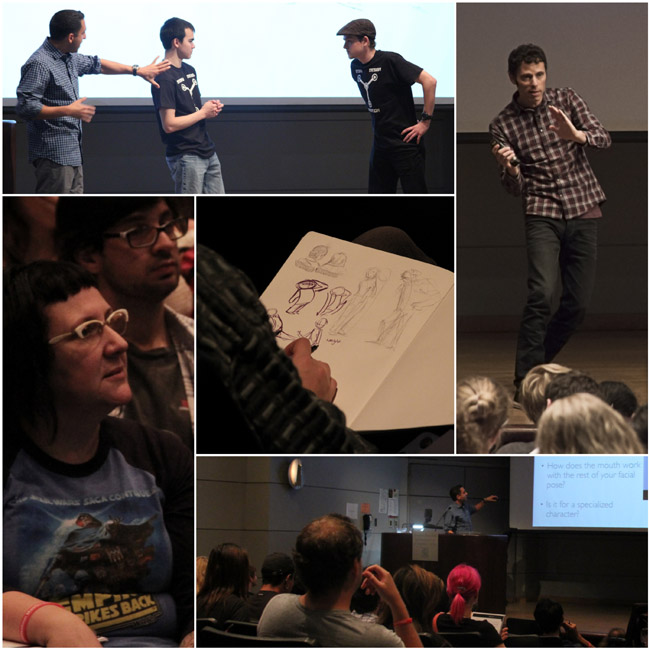 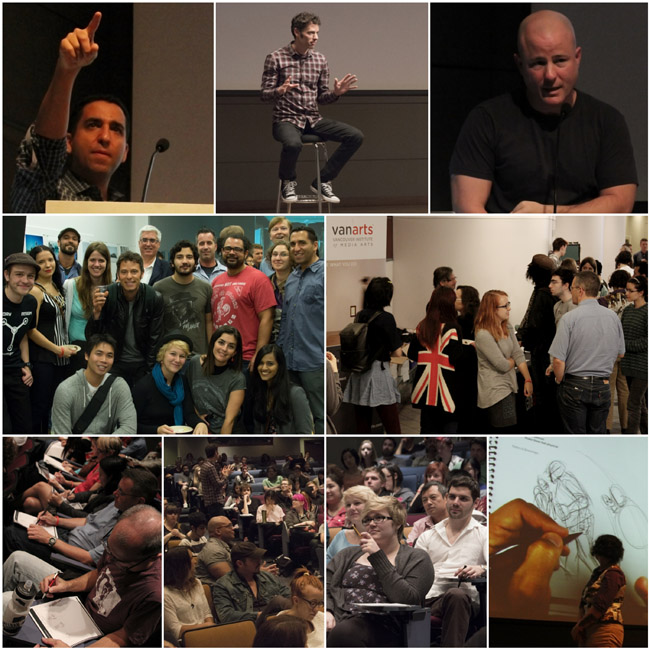