Every year, our students in Acting for Film & Television perform a live stage play in a professional indoor theatre venue, as one of their final term projects. Since that was not possible this year, one of the ways we adapted our program around the pandemic in 2020 was to move the project outdoors in the beautiful cityscape of Vancouver, for two performances at Vanier Park on August 8th.

Not only that, but through the encouragement and collaboration of our Department Head Chilton Crane, this year’s piece was directed by one of our own alumni. 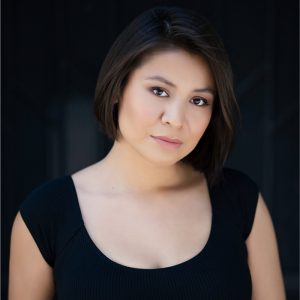 Darylina Powderface, from the Chiniki Band in Morely, Alberta, graduated from VanArts in 2013 and quickly landed a role on TV series Arctic Air and Wild Canada. This was followed by an incredible opportunity to travel to Budapest, Hungary to shoot the British drama Jamestown by the makers of Downton Abbey. She had a great experience there learning the Algonquin language for the role, and learning the differences between Canadian and European productions. Darylina went on to continue her studies at Simon Fraser University and has now graduated with a Bachelor’s degree in Theatre Performance, so she was invited to come in and work with our students, directing a play called Between Spaces.

In this video, Chilton and Darylina talk about how the project came about and how it went.

Contact us today for more information on Acting at VanArts.