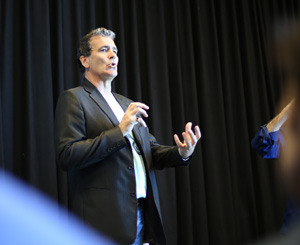 Today our Animation Department was delighted to welcome Director & Animator Dick Zondag to come in and spend time with our students. Senior Instructor Mark Pudleiner, who worked with Dick at many studios including Don Bluth Animation and Disney, hosted a Q & A session in our theater talking about working in the animation industry.  This was followed by a visit to the classrooms, where Dick got to critique our senior students' latest work.

Dick Zondag has over 25 years experience in animation as a Director, Animator, Story Artist, Character Designer and Writer. He has worked on projects produced by George Lucas and Steven Spielberg, and studios such as Don Bluth and Walt Disney Animation Studios.  His industry credits include everything from The Care Bear Movie and Reboot to The Land Before Time, Chicken Little, An American Tail, Dinosaur, Meet the Robinsons, Bolt, and many more. Dick has now started his own studio, Movie Plus Canada, with partners Ralph Zondag and Chris Brough. Both Dick and Ralph are currently preparing to co-direct Heroes & Monsters and Monkey King as 3D movies. 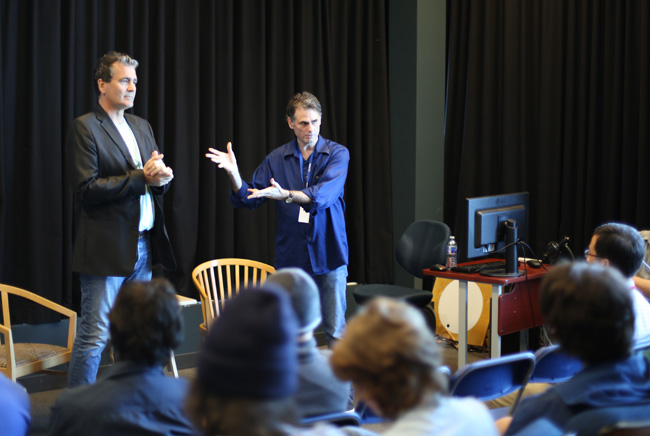 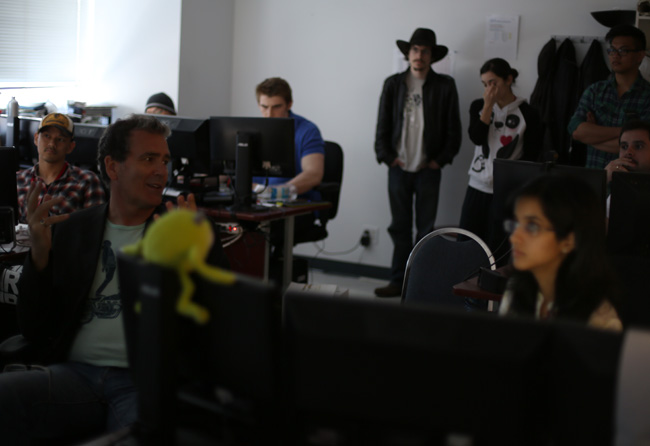