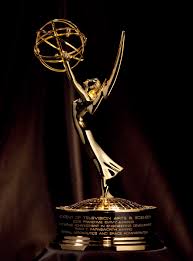 An Emmy Nomination for VanArts Graduate

VanArts 2D Character Animation graduate Meeka Stuart has been nominated in the 2018 Daytime Emmy Awards for Outstanding Director in a Pre-School Animated Program for her work on the series Through the Woods, written by the Fred Rogers Company.

Representing her workplace PiP Animation Studios in Ottawa, she will be in Los Angeles on April 27 for the ceremony. Meeka also enjoyed a previous nomination at last fall’s 45th Annie Awards for the same production. 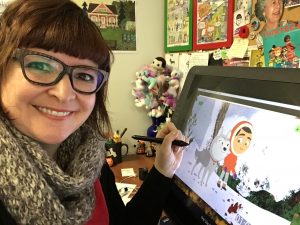 Meeka is the first female director at her studio, a pinnacle she has long wanted to reach in her career. After graduating from VanArts in 2000, she began her career in Vancouver on a TV series for Disney, and has since worked in Toronto, PEI and Ottawa, on several series including Carl Squared, The Secret World of Og, Cyberchase, Doki Adventures, The Cat in the Hat Knows a Lot About That, and features The Wild and Pirate’s Passage.

The local paper from her hometown of Barrie, Ontario ran a story on her Emmy nomination, where she summed up her career like this: “I make cartoons for a living, you never have to grow up.”

Of her time at VanArts that helped to launch her career, Meeka says, “I value my time at VanArts greatly and feel privileged to have been taught by their fantastic instructors (and I must admit, after seeing its growth since the time I graduated, I am jealous of what the current students have there NOW!)”

Congratulations Meeka! We will be rooting for you at the Emmys!